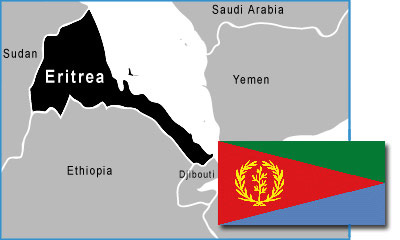 Eritrea is one of the most secretive and isolated countries of the world. In 2002, the government outlawed every religion except for Sunni Islam, Eritrean Orthodox, Roman Catholicism and the Lutheran Church. All other religious groups are illegal, and the government heavily controls approved churches. Years of Communism, required military service and economic depression have forced many Eritreans -- including evangelical believers -- to flee the country. Despite these hardships, the underground church in Eritrea continues to grow due to the faithfulness of church leaders both inside and outside the country.

Evangelical churches are highly persecuted and must meet secretly. The government actively seeks to infiltrate these underground churches and imprison their leaders. Over the past 16 years, hundreds of Christians have been imprisoned because of their faith. Approximately 300 believers are known to remain in prison. Imprisoned Christians are not given a trial, nor are they allowed to see their families -- many of whom do not know where their loved ones are located or if they are still alive. The conditions inside the country's prisons are some of the harshest in the world. Christian prisoners are provided meager rations, treated very poorly and, in some areas, held inhumanely for years within metal shipping containers amid extreme desert conditions.