Today, many Christians are languishing in prisons around the world. They endure daily emotional and physical torture because they refuse to surrender to dictatorial governments and ideologies, choosing instead to remain loyal to Jesus Christ. 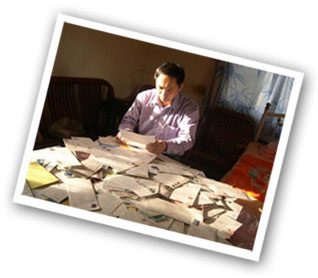 As Christians, we are to "remember those who are in prison, as though in prison with them, and those who are mistreated, since you are also in the Body" (Hebrews 13:3). Letter writing is an effective way to raise awareness and deliver hope to those who otherwise might feel forgotten.

You can be an advocate for persecuted Christians -- a voice for the voiceless -- by assuming the important ministerial role of pleading for or on behalf of another by highlighting injustice and inhumanity.