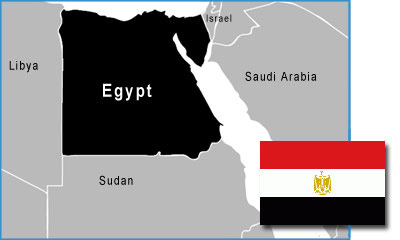 Egypt is home to the fastest growing population in the Middle East and the largest Christian population in the Arab world. It remains a strategic location for Christian activity across North Africa and the Middle East. There are many well established evangelical churches and parachurch ministries that focus on reaching both nominal Christians and Muslims with the Gospel. Several of these groups also send Arab missionaries across the region.

Although there are exceptions, according to reports of targeted attacks in recent years, Coptic Christians have historically been given the freedom to worship – provided they do not engage in any evangelistic outreaches among the Muslim-majority community. Likewise, Christians who are evangelical face tremendous opposition from militant Islamists, including the denial of proper medical care in hospitals and clinics. Christian converts from Islam face the most problems, such as expulsion from their families, divorce instigated by their Muslim spouses, estrangement from their children, and loss of employment.

VOMC works with international partners to provide a safe place of refuge, counsel and discipleship for Christians from Muslim backgrounds who have been forced to flee their homes due to religious pressure from their families, and/or experienced ostracization from others in their communities because of their identity with Christ. VOMC also helped fund an initiative that empowered persecuted Christian women by helping them increase resilience to daily discrimination and achieve financial independence so they can support their families.

Pray on behalf of those who are facing economic and social challenges because of their Christian faith. Ask the Lord to provide for their spiritual and practical needs – further strengthening and emboldening them so they can effectively share the message of the Gospel with others in their communities. May the hearts of those who hear it be open and receptive to the wonderful truths contained in God’s Word.

Egypt: Faithful To The End